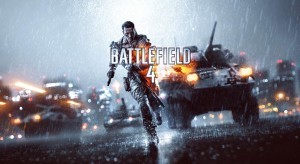 [quote] Community Test Environment Update
Our focus for the Fall Patch on the CTE (Community Test Environment) has been to stabilize and finalize the build and this has meant less updates than normal. We’d like to thank you all for your patience during this time – we appreciate you sticking in there.
Fall Patch Highlights
So what are we improving? First of all: the final fix list for the Fall Patch is fairly massive and will be released when the patch goes live. The full patch notes will contain all changes in more detail. In the meantime however, here are some of the Fall Patch highlights that you can expect:
Game modes
– Rush (All base game maps except Dawnbreaker), Obliteration, Capture the Flag, and Carrier Assault. Added the Obliteration Competitive sub-game mode
Sight Improvements
– Close & Medium range sight reticles no longer affected by weapon firing animation, AKA “Visual Recoil”
– Improved visibility for red glowing reticule pieces against bright backgrounds
Player Movement
– Now almost identical to BF3 movement – with BF4 animation sets
– Dampened third person hit reactions for player head
HUD clarification pass
– De-cluttered and made customizable a plethora of HUD options to make BF4 look the way you want it to (within reason)
Revive mechanic
– Made revives much more robust, easier to understand with new UI art and included a new “fully charged” paddle sound.
“Netcode”
– Lowering the setting for how much time difference is allowed when damaging other players (addressing trade kills and behind cover kills where high pings are involved)
– An automatic High Frequency Update setting is now the default for all users
– Added High Frequency update support to PlayStation 3 and Xbox 360 platforms
– Additional improvements to bullet damage delays between clients compared to Netcode Patch
Weapon attachment changes
– Muzzle Brake: Reduced the overall impact of this attachment. Both its positives and negatives have been reduced
– Heavy Barrel: Lowered the buff it gave to minimum moving spread and moved some of that bonus into reduced spread increase. Should be a good option for longer range tap firing
– Lasers: Small buff to standing hip-fire accuracy
Weapon changes
Note that this list contains an excerpt – the upcoming patch notes will have a detailed list.
– Bullet velocity increases: Improved bullet velocity for Slugs and nearly all suppressed weapons. Selectively improved base velocity for weapons that were too slow for their intended range
– Damage Model: Many weapons have had their maximum and minimum damage adjusted slightly. It may take 1 extra bullet to kill at extremely close engagements and long range combat
– Trigger Delay: Removed from all revolvers
– Adjustments to slower rate of fire weapons to make them easier to use at longer ranges vs higher ROF weapons
– Carbines and PDWs now have unique bullpup modifiers that give improved bonuses over the rifle counterpart
– Ammo: Gave more ammo to the weapons that were short a mag compared to their counterparts
– DMRs: Audio when being shot at by a DMR has been improved
– SKS and M39EMR no longer allow you to hold breath
– Grenade capacity lowered and resupply times increased.
[/quote]

This website uses cookies to improve your experience while you navigate through the website. Out of these, the cookies that are categorized as necessary are stored on your browser as they are essential for the working of basic functionalities of the website. We also use third-party cookies that help us analyze and understand how you use this website. These cookies will be stored in your browser only with your consent. You also have the option to opt-out of these cookies. But opting out of some of these cookies may affect your browsing experience.
Necessary immer aktiv
Necessary cookies are absolutely essential for the website to function properly. This category only includes cookies that ensures basic functionalities and security features of the website. These cookies do not store any personal information.
SPEICHERN & AKZEPTIEREN